We have had the pleasure to work with the United Way of Greater Atlanta on several different projects.

For the United Way of Greater Atlanta shoebox project we created a custom Ruby based Facebook App that allowed both businesses and individuals to upload photographs of their shoebox projects to help homeless women and children for Mother's Day. The Facebook app was an embedded app that utilized the Facebook API for authentication, sharing, and allowed users to vote for their favorite shoeboxes submitted. The top vote-getters where also displayed on a leader board for both businesses and individuals to see.

We also configured their web server and deployed their new WordPress based site for them which coincided with the Facebook app release. 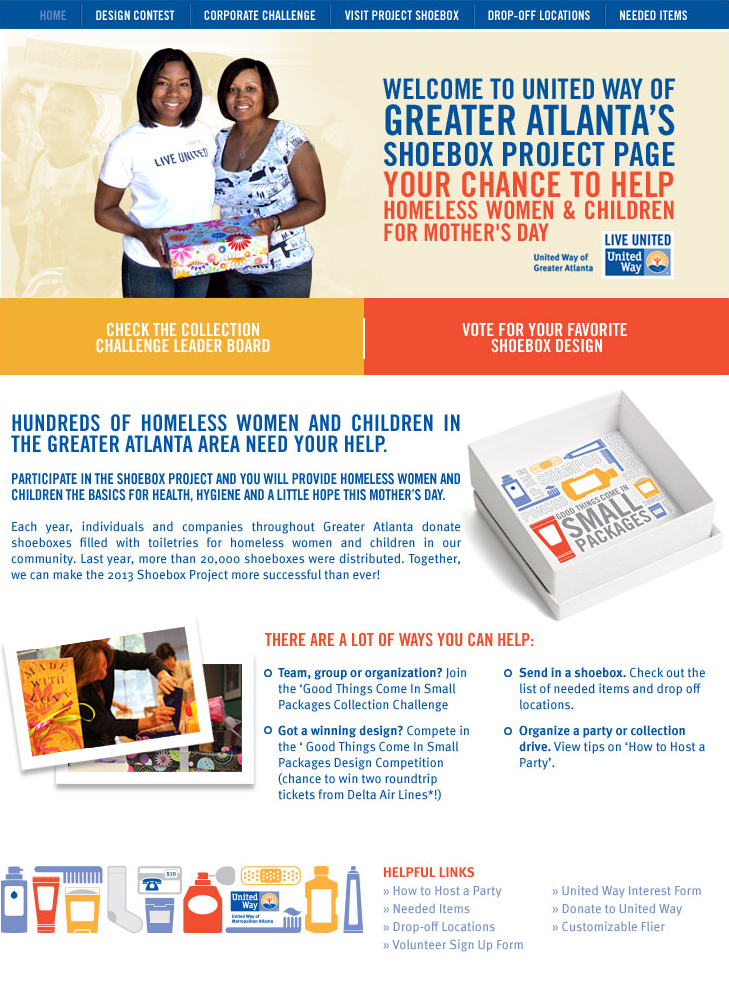 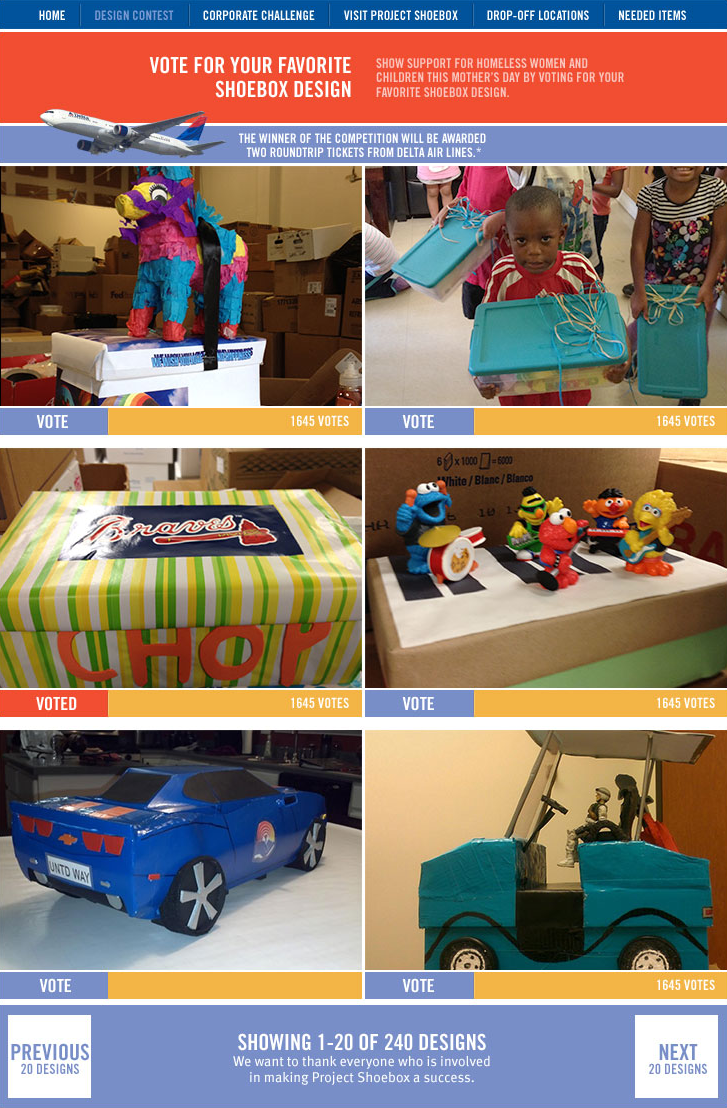 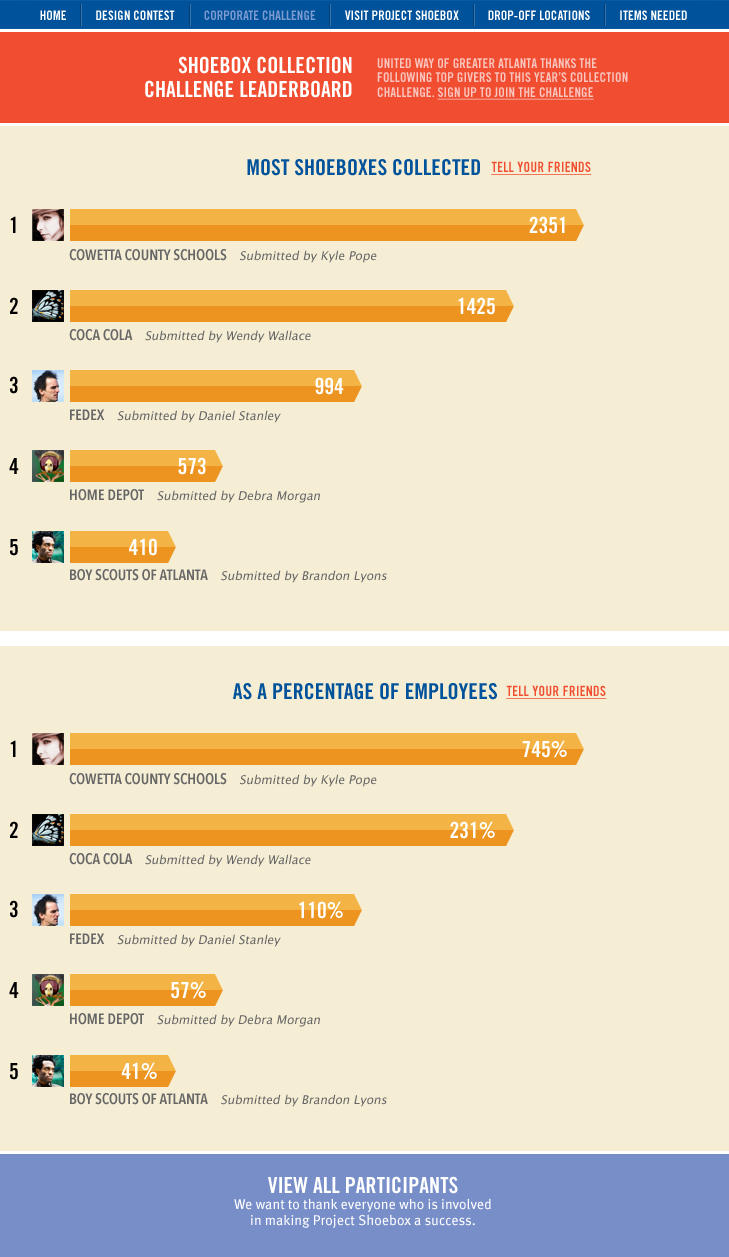 Claim your complimentary, no obligation consultation. Let us show you ways you can increase your revenue and decrease your costs. There is absolutely no commitment.